Probably you are wondering “what exactly is the definition of a stuffy nose.” It may also be referred to as a clogged nose. It is one of the most uncomfortable and annoying conditions that anyone could have. A clogged nose affects your ability to smell, breathe or may be a symptom of a far worse infection. Basically, a stuffy nose can make life unbearable.

Honestly how well can you survive without smelling or with difficulties in breathing?

How does a Stuffy Nose come about? 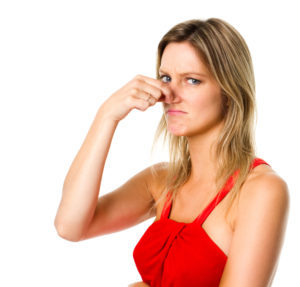 The nose has three protective ways of making the air you breathe safe for your system.

The nostrils are divided by a flexible wall known as a septum. The septum is made up of bone and cartilage, it has a delicate lining which is constantly active in removing impurities from the air, and the larger particles are strained out by the hairs seen in the nostrils.

Along the nostrils is a sticky fluid known as mucus whose main function is to hold and wash out dirt. The nasal discharge of mucus is more active when you have a cold because it acts as a defensive measure towards washing out irritating or ineffective substances.

The final protective mechanism consists of microscopic hair like projections, known as cilia. These extend from the lining and propel the dust outside.

The mucus membrane of your nose has quite a large number of capillaries. The capillaries diffuse a flow of warm blood that reduces the chill of the air we breathe. When we talk of a stuffy nose comes about when these capillaries get overworked and become rapidly congested with blood due to an infection.

The result is a swollen lining that obstructs the passageway of the nose.

What are The Causes of a Stuffy Nose?

Now that you know how a stuffy nose comes about, let us look at some of the causes.

Many people think that a stuffy nose is caused by excess mucus in the nasal cavity, usually as result of illness However, the clogged nose can also be caused by bacteria and fungal sinusitis among others as described below.

Nasal congestion: -This is a case where nasal membranes become swollen and interrupt breathing. In extreme cases it can even prove to be very dangerous. Nasal congestion is known to hamper breast feeding and nursing in infants, it also causes difficulty in hearing and watery eyes.

Common cold: – Also known as nasopharyngitis, acute viral rhinopharyngiti and acute cryza is a viral disease and very infectious. It causes a stuffy nose among other things such as, headache and nausea. How to get rid of a cold is one tough question as there is no cure for the common cold, however symptoms disappear in 7 to 12 days. The average adult may contract it two to for times a year whereas children contract it up to 12 times a year.

Nasal polyps: -It is an abnormal growth of tissue which projects from a mucous membrane. There are 2 types of polyps. The type that attaches to the surface by a narrow elongated stalk which is known as pendunculated, and the stalkless type called sessile. They mostly result due to genetic mutation. The mutated gene causes chronic inflammation of the mucous membrane lining in the nose cavity resulting to a stuffy nose.

Allergic rhinitis: -This is an allergic inflammation of the nasal airways hay gives rise to symptoms such as sneezing, stuffy nose or a runny nose. Allergic rhinitis is also referred to as ‘hay fever’. It occurs when your body’s immune system is attacked, mostly by a harmless substance. Both genetics and environmental factors contribute to the predisposition to allergies.

Deviated septum: -The septum is the divider within the nose that separates the left from the right side. It is made of cartilage and bone, but the parts of the cartilage and bone may not be completely straight. This is what is called a deviated septum; such a septum may cause difficulty in breathing in either one or both of the nostrils due to blockage or what me may also call a stuffy nose.

Sinusitis: – Sinusitis refers to a sinus infection whereby the sinus cavities become breeding grounds for bacteria. This causes a nasal drainage that is thick and colored which blocks the nose or causes a stuffy nose. Other symptoms include sore throats, headache and facial pains.

What are some Stuffy Nose Remedies? 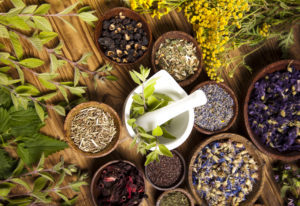 The discomfort, uneasiness and distress that a stuffy nose brings about, can surely drive you crazy as you attempt to unblock the clogged feeling that is taking over their nose.

Care and precaution must be taken when using over the counter products such as nasal sprays. Although they are very effective, they may worsen situations when misused. This is why it is very advisable to seek natural cures for a stuffy nose. Try a stuffy nose remedy of your choice:

Steam therapy with decongestant ointment: This is a favorite in instant remedies to unclog noses. It works well at night, when breathing is difficult due to a cold. Add 2-3 tablespoons of decongestant ointment in hot water in a bowl then stir and place your head over the bowl. Cover your head and the bowl with a towel and inhale the vapor for about 20 minutes. This therapy also be done with eucalyptus oil, chamomile, apple cider vinegar and yarrow.

Chicken soup: Chicken soup has great medicinal value, prepare the soup with garlic then sprinkle some pepper on it, a little lemon added to the mixture will help also. Make a habit of drinking this soup at least twice a day. Apart from a stuffy nose, it cures a series of other respiratory problems as well.

Onions: They perform the same job as decongestants; all you have to do is cut a fresh onion then sniff it deeply. This stuffy nose remedy will ease your stuffy nose and enable you to breathe easily.

Cleaning your environment: A major reason why people have stuffy noses is because they are exposed to allergens in their environment. Pet dander, pollen, dust and many others are some of these allergens. Clean your house, vacuum the carpet, wash your pets, practice personal hygiene, get rid of potential allergens in your immediate environment and you will help to get rid of your stuffy nose as well.

Homeopathy remedies: In homeopathy all the symptoms of a stuffy nose are considered. This remedy is quite beneficial. For instance if you have a yellow-thick discharge of mucus, and the stuffy nose gets better when you are outside your house, take pulsatilla. To take pulsatilla, you warm the lotion, fill a syringe and pour the lotion inside your nose.

Negative Effects of a Stuffy Nose

A stuffy nose has the potential to cause more than just irritation and discomfort, especially when it comes to new born babies, adolescents and young children.

A newborn must breathe the through their nose, when serious stuffiness develops during the babies first months, nursing, and breast-feeding may be disrupted causing a life threatening situation.

Ranges of difficulties are usually associated with older children battling with a stuffy or congested nose. These include, disrupted sleep patterns, snoring habits, hearing and speech difficulties and the worst case is a lapse in breathing during the middle of the night (sleep apnea)

Adenoids are a mass of lymphoid tissue located in the very back of the nose. In children, the adenoids may enlarge due to a stuffy nose; such a may cause insufficient oxygen levels and sometimes lead to right-sided heart failure.

Best Tips to Avoid Runny Nose and Cold for your Baby

Home Remedies for a Runny Nose | Get Rid of Runny Nose 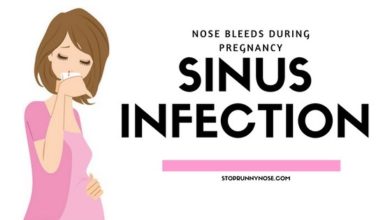 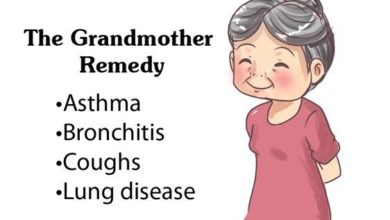 The Grandmother Remedy for Asthma, Bronchitis, Coughs and Lung Disease 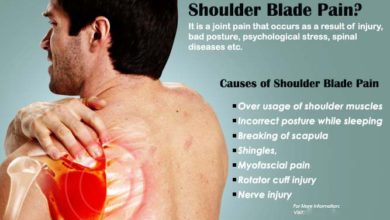