Facts about Sinusitis and How to Deal With It

Sinusitis infection is the inflammation/swelling of the lining of sinuses and is associated with viral infections. This inflammation can block the passages in the sinuses where slimy fluid (mucus) is produced to keep the nose moistened. It is painful when mucus starts to pile up in the nasal openings because of the increased pressure inside them. An acute sinusitis infection (caused by allergies) can last up to 3 weeks while chronic sinus infection (usually caused by the viral and bacterial infections) can last up to 10 weeks. Acute Sinusitis is very common, affecting 1 every 10 people around the world each year. The overall feeling of having a sinusitis is like having a runny and stuffy nose and headache combined.

Understanding sinus infection can be better by knowing what sinuses are:

Sinuses are hollowed air spaces located in the bones behind the upper face. The mucus membrane lining of sinuses is almost identical with the linings in the nose. This membrane produces layers of mucus (slimy secretion) that help in keeping the nasal passages clean and it also helps in trapping bacteria and other foreign materials. These layers assist in driving out the trapped pollutants out of the nasal passages through mucus drainage.

The mucous membrane produced by the linings of nose and sinuses acts as human’s natural air filter. It helps in giving moisture and warmth to the air. It has tiny hairs that act like a sweeper or an oar that move the mucus out of the nasal passages. But the most important role of this membrane is it acts as one of the body’s first line of defenses. It releases chemical when it senses foreign particles and certain types of viruses and bacteria.

These groups of hollowed air spaces have four pairs of openings and they are called sinus cavities. Maxillary sinuses are near the cheekbones, sphenoid sinuses are at the back of the nose and between the eyes, frontal sinuses are located in the forehead just above the eyebrows, and ethmoid sinuses are located between the eye sockets. Sinuses are as large as pea in the infancy stage of a child and it can be as large as walnut when they reach adulthood. Until now, most researchers and experts still don’t know the real purpose of sinus. Some say that it helps in making the skull lighter and some say that it exists to produce special mucus that is different from what is produced by the linings in the nose.

Below are the types of Sinusitis:

This condition is just a mild form of a sinus infection. There are various temporary treatments that can relieve its symptoms but most of the time it goes away without taking any medication. Acute sinusitis develops rapidly and lasts only for a short period of time. Most of its cases last only for a week but if not treated, it can lead to complications like meningitis or thrombosis (abnormal clotting of brain’s blood vessels).

It is also easy to develop an acute sinusitis infection after acquiring a cold or flu. Viruses that caused colds and other related respiratory problems may spread to the sinuses.

Other risk factors of Acute Sinusitis include:

What are the symptoms of acute sinus infection?

It is a medical condition in which the tissues and cavities around the nasal openings became swollen because of mucus accumulation. It can last up to 11 weeks or longer if not treated immediately. It is hard to chew if someone has this kind of infection because the area around the eyes and cheeks may feel heavy and swollen. This sinusitis infection mostly affects adults aged 20 -45, but there are some instances that children have this type of infection. Nasal tumors and fractures contribute to the obstruction of sinus drainage that leads to chronic sinusitis infection.

Other risk factors for Chronic Sinusitis include:

What are the symptoms of chronic sinusitis infection?

The common symptom of this infection is a painful and stinging pressure in the upper parts of the face (near the nose). Usually, the pain in the sinus feels like a toothache. Other symptoms also include postnasal drip and halitosis.

Having sinus infection can be very annoying especially to those people working in the office. That’s why it is better to prevent it or find a cure immediately before it branches out to many serious ailments.

How to prevent sinusitis?

These are just some of the possible ways to prevent getting a sinus infection. But what are best things to do if the sinus infection is already in the body?

Sinusitis is very difficult to detect at first because its symptoms are almost identical to the symptoms of common cold and flu-like illnesses. That’s why it is very essential to be observant and alert. Also, it is very important to take note that every disease can be prevented by being responsible to the body. 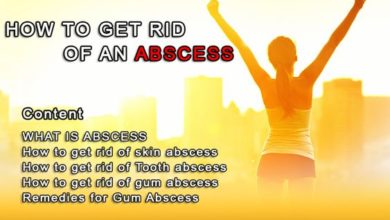 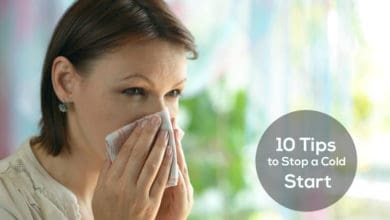 10 Tips to Stop a Cold – Before its Start 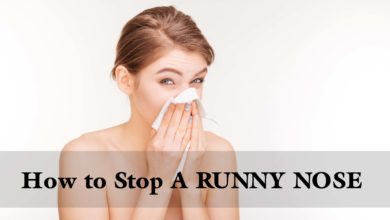